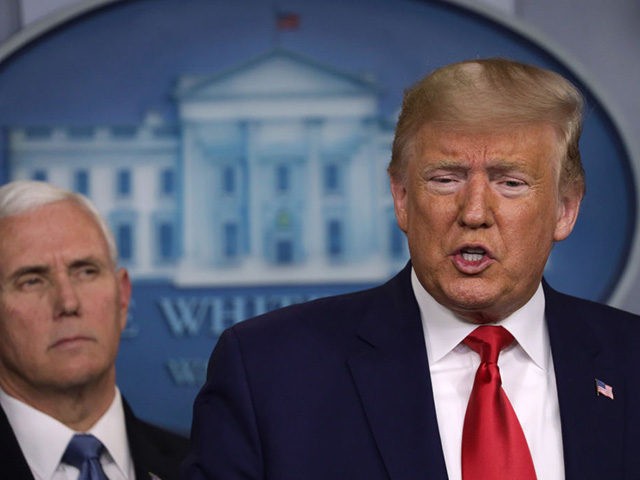 Federal rules require unemployed H-1B visa workers to leave the United States in 60 days after they lose their jobs. This 60-day rule was not a problem before the coronavirus, partly because fired H-1B workers could simply get new jobs from Indian-run outsourcing companies.

But the crash has caused so many job losses that many H-1B workers — most of whom are Indian — need more time to find jobs that will keep them in the United States. The job losses are also a crisis for many Indian-run contractors and subcontractors that take huge commissions from the H-1B contracts signed by Fortune 500 companies.

“We request the government to temporarily extend the 60-Day grace period to 180 days and protect the H1B workers under these difficult times. Thank you!,” says a White House petition signed by almost 20,000 people.  The petition was created by an Indian H-1B employer in New Jersey, and it says:

The Covid-19 situation is getting worse with massive lay-offs expected. The economic conditions may have a significant impact on H1B Workers.

Under regulations, H1B workers have a 60-Day grace period of unemployment time during each authorized validity period to stay in the USA legally. They must find new work within 60 days; otherwise, they have to leave the country. Most H1B workers are from India and can not travel home with children who are U.S Citizens as many nations announced an entry ban, including India.

The coronavirus crash is causing major U.S. firms to fire many American graduates — and also to fire many Indian H-1B workers. But U.S. and Indian staffing companies do not want their H-1B workers to be sent home, so they are keeping quiet about the H-1B layoffs.

The 60-day deadline was created in January 2017 by the outgoing deputies for President Barack Obama. It was a quiet gift to the Indian-dominated outsourcing business because it replaced a rule which said H-1Bs had to go home immediately their job ended.

Obama’s rule validated the notion that H-1B workers had a right to find new jobs once their original jobs ended. That notion contradicts the original justification for the H-1B program, which was marketed as a way to import “high-skilled” foreign workers for temporary tasks until Americans could be trained.

So far, President Donald Trump’s Department of Homeland Security (DHS) has not reversed the 60-day rule.

If the DHS actually enforces the 60-day rule, many H-1Bs will have to go home. Their departure would help American graduates find jobs once the economy recovers in the fall.

The country is still headed towards a deep economic recession that is going to be far worse than 2008! The H-1Bs know what’s coming, and they all know that they could be unemployed real soon, if they have not already. They know how difficult it is going to be finding another job given the dismal economic times ahead …  H-1B visa workers are not needed at this time. So why should our government allow them to stay here for half a year trying to look for jobs when so many unemployed Americans are hurting and searching for jobs as well?

Nationwide, up to 1.5 million white-collar foreign contract workers hold jobs in the United States. The population includes roughly one million Indians, and roughly 900,000 H-1B visa workers, most of whom are employed by contractors for Fortune 500 companies.

Breitbart News repeatedly asked DHS officials if they are planning to extend the 60-day grace period. Officials did not say they would reject an expansion:

U.S. Citizenship and Immigration Services [USCIS] will continue to monitor the COVID-19 situation, and assess various options related to temporary worker programs in coordination with DHS as the situation evolves. The agency will update the USCIS website with more information as it becomes available, so please follow the site’s All News section for relevant announcements.

The current head of DHS, Chad Wolf, formerly served as a lobbyist for the NASSCOM outsourcing industry, which imports most of the H-1B gig workers. The group’s mix of Indian and U.S. companies use the H-1B program to extract salaries and wealth from the American college graduate class, and they split the gains among both countries’ executives and investors, plus the visa workers, their managers, and India’s government.

On Friday, the USCIS announced that it accepted at least 85,000 business requests for H-1B workers. Those imported graduates will start working on October 1, shortly before President Donald Trump faces the voters in the November election.

In general, many U.S. executives prefer not to go to the trouble of interviewing, hiring, and managing American graduates.

These companies, which are called “body shops” by Indians, do the work of recruiting, hiring, and firing blocs of H-1B workers, each of whom is a gig worker with few legal rights.

This gig-worker outsourcing is approved by Wall Street stock-pickers who believe that a churning inflow of temporary H-1B workers is cheaper than a group of experienced American graduates.

This outsourcing process has created a fortune for Indian companies by allowing them to take large commissions from the imported Indian workers. For example, one Indian worker told Breitbart that his American employer pays $120,000 a year to have him on the corporate payroll. But he only gets $75,000 a year after multiple Indian contractors and managers take their cut.

A few floors below the uncaring U.S. executives, diverse Indian managers and workers also cooperate to maximize their collective payroll, said Mike, an American graduate in Seattle who declined to speak on the record. “There is a very strong tendency for ethnic networking … [and] it is very common for them to hire people who come from a particular city, language, and ethnic group,” regardless of their skills or wages, he said, adding:

I was working in one department with four individuals on one team … [and] the manager and all four people that he hired happened to be Sikhs. Those people are only 1 percent of the Indian population.

The ethnic cooperation is greased by a jobs-for-cash trade with the H-1B workers who are imported by the Indian managers, the Indian H-1B worker told Breitbart.

These body-shops hiring managers decide which H-1B workers get jobs in the outsourcing contracts. So they sell the jobs for $5,000 to $10,000, and share the money with a “mafia” of other managers, he said.

These commissions, job sales, and ethnic loyalties push Indian managers to squeeze more H-1Bs into American companies’ payrolls, to avoid any H-1B layoffs, and to prevent the hiring of Americans graduates, he said.

In contrast, very few American professionals sell jobs to favored job-seekers or try to steal their wages, he said.

Lucky and accomplished Indians can escape the body shop abuse by getting hired directly into elite U.S. companies, a second Indian H-1B told Breitbart. “I do understand that H-1B was abuse — but I was not part of it,” he said while arguing that the DHS should make it easier for fired H-1Bs to find new jobs:

I was the only one on H-1B in my department but I was let go …  [and] the chance of me getting a job in 60 days is almost impossible …  We are not saying we should get special consideration, it is just that we need a little more time. It is impossible to get a job in 60 days right now.

The H-1B corruption is endemic among the body shops, he said. “What can I do? I cannot raise my voice against that.”

It is like a whole ecosystem … it does impact people like me,” he said. “If there were less fraud and abuse, genuine candidates would get more leeway and consideration.”

The Indian media closely watch the Indian workers’ situation. For example, the Times of India interviewed one visa worker who has lost his job and cannot get a new job in time to update his visa:

“I lost my job in February after working for a company for six years,” said Ajay, adding that hundreds of others had also been laid off from the same company, which he did not want [to be] named. “Even if the hiring situation improves in two months, the validity of my visa would have lapsed by then,” he said.

Ajay says the challenge is that if he does not find a job in time, he and his wife will have to leave the country. “My child is a US citizens and we will have to bring her back with us.”

The importance of the 60-day rule was spotlighted by a website for Indians in the United States, American Bazaar, which reported the White House petition story on March 20:

New Jersey based Dan Nandan, who runs Hire IT People Inc, started this petition as he felt that many on H-1B visas are facing extraordinary situations right now.

“Many H1Bs are now in a dire situation and many face lay-offs,” he said. “I am not sure how they are protected from termination, I guess they are not.”

“If they cannot find employment in 60 days, it helps in extension of time until the COVID vanishes.”

Nandan runs Hire IT People, which is a company that rents H-1B to other companies. His company also helps people create new staffing companies to put more Indian workers into the Indians’ lucrative ecosystem of contractors, subcontractors, and sub-sub-contractors.

But some U.S. graduates are also lobbying Trump to keep some U.S. jobs open for Americans.

… there are many Computer Programmers and other IT professionals that are qualified and from America who are out of work. Americans should be allowed these jobs before we bring in so many people from other countries. It is about corporate greed in many cases. Companies will no longer spend a dime on new training for new technology for seasoned workers when somebody else can be brought in for a few dollars cheaper. It is not the ethical thing to do. It’s not what our parents and grandparents, sons and daughters fight in wars for. Hard working tax paying citizens should have some rights to local jobs.

A group of GOP-aligned college students is asking Trump to ensure that U.S. jobs be offered to U.S. graduates:

American professionals have organized to lobby against the H-1B program via several groups, including the American Workers Coalition, U.S. TechWorkers, and ProUSworkers, and White Collar Workers of America.

In turn, these groups are backed up by a few sites that track the scale and location of the outsourcing industry in each legislator’s district. “The scope of this thing is really unbelievable,” said one researcher.

Other sites document the conflicts created by diverse foreign business practices in the United States. The non-political MyVisaJobs.com site also provides much information about H-1B outsourcing and green card rewards in multiple industries.

The Americans’ lobbying has had some success. Last week, for example, several GOP Senators blocked a Democrat proposal in the coronavirus recovery bill to reissue all the work permits held by the visa workers in the United States. That a big win because the Democratic bill was pushed by the U.S. tech industry, and was backed up Immigration Voice, a group that claims to represent Indian visa workers.